A news article that was published yesterday features proposals for the Green Corridor (aka Rail Corridor) in Singapore.
In the same vein, the Urban Redevelopment Authority (URA) website that is dedicated to the Rail Corridor says:

“The Rail Corridor is a very unique public space differentiated from other community spaces in Singapore. The Rail Corridor connects homes, work places and schools. It encourages a spirit of discovery and exploration, and provides a common space for shared experiences across a diverse segment of our population. There is great potential in fostering social-bonding and community-building activities along the Corridor.”

The above news article also says:

“The public is invited to give feedback at the exhibition and online at http://ura.sg/railrfp from now until the end of next March.”

So, I decided to submit my feedback to URA via their website with regard to the concept master plan to develop the Green Corridor, as follows:

It seems the plan is only to commercialise Tanjong Pagar railway station, so hopefully the rest of the green corridor will be spared (and I understand nothing is set in stone as the plan will be fine-tuned based on public feedback). I also don’t wish to see the green corridor becoming another east coast park, but at the rate it is currently being used and will be more frequently used in future, it is inevitable that some degradation of the muddy track will result, such as compaction and erosion of soil. Bukit Timah nature reserve was closed to public for the time being (except on weekends) for renovation for that reason, so if paving is going to be done carefully, such as using gravel (or something equivalent) instead of concrete to emulate the cycling trails in Pulau Ubin, that allows infiltration of rainwater into the porous surface, I would say it will likely serve the dual purpose of protecting the environment and making the trail more user friendly.

The night lighting can be solar powered, and have motion sensors. So, if there is nobody in the area, there isn’t any need for the lights to turn on. This will help conserve energy. Solar panels can be built throughout the Green Corridor to harness more of the solar energy for nearby buildings.

Natural vegetation, as far as possible, should be left as they are – like in the case of Sungei Buloh wetland reserve. It is fine to enhance the zen tranquility of gardens or urban parks, but not the rainforests etc because the latter already have their own natural serenity.

One concern many nature lovers have is that the Green Corridor will lose its quiet ambience and natural feel, especially when it becomes too popular and crowded in future. For example, if the corridor becomes too user-friendly to the extent that it becomes a bicycle expressway, it will somewhat lose its rustic charm. Similarly, if we are going to build plaza spaces, cafes and amphitheatres, it is likely to disturb the quietness of the surroundings, and people will no longer find the Green Corridor attractive as a sanctuary to get away from urban stress and commercialisation.

Similarly, let’s seek to find a balance by not over-developing the Green Corridor in order to minimise noise level and any form of commercialisation and artificiality, in order to retain the original spirit of rustic charm and healing balm of Nature.

Education on Nature conservation is always good because no amount of penalty and fines are going to stop people from littering or destroying the environment or poaching the wildlife unless people are armed with the understanding on the importance of their interrelationships with Nature, and how any harm done to the environment will ultimately affect themselves. People need to be guided from within instead of having to be controlled by laws and regulations from outside authorities. We as a human species have never lost our inner wisdom and affiliation to Nature – we simply have forgotten who we really are in the quest for development, and we only need to reconnect ourselves with Nature and remember our true identity, and then we will be able to act responsibly based on that revelation. 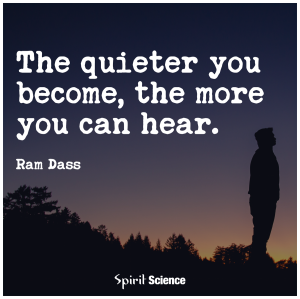