The following is my unpublished letter sent to Straits Times Forum. 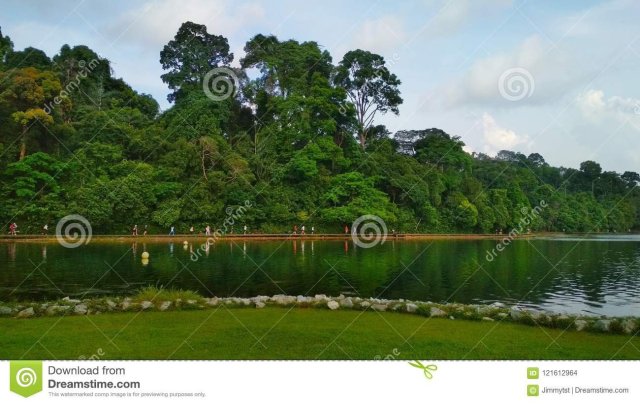 I read with concern about the potential risks of underground MRT tunnel construction impacts on wildlife in the central nature reserve, as reported in the Straits Times on 9 September 2019.

Despite the fact that EIA was carried out and mitigation measures were planned to reduce the construction impacts, we cannot fully ascertain the full extent of the impacts on the wellbeing of our vulnerable native wildlife species, such as pangolin, mousedeer, civet cat and so on.

For example, it is reported in Channel News Asia on 2 October 2019 that “Thailand was hit by drought this year and the elephants may have been looking for new sources of drinking water, but it is also possible they were trying to avoid contact with humans.”

As a result of disturbances around Khao Yao national park, the elephants had strayed near the dangerous waterfall and ended up falling over the cliff, and 11 of them died.

According to an article, studies have conclusively shown that noise and vibration can adversely affect breeding in laboratory mice. Continuous exposure to vibrations can impose fatigue and sleep deficiencies. Random vibrations occurrences have been known to invoke panic in mice whereby they cannibalize their pups when low frequency vibrations are suddenly perceived coming from under their bedding possibly sensing an intruder is approaching.

Another article noted that “In February 1975 hibernating snakes abandoned their hideouts in the north-eastern city of Haicheng. The city was evacuated and February 4, the region was hit by a 7.3 magnitude earthquake.”

Therefore, I urge the authorities to reconsider the construction of the direct MRT line underneath the central nature reserve. We cannot risk harming the wellbeing of our wildlife residents. The construction works would invariably cause habitat disturbances, and the vibrations caused by the construction deep underground can resemble seismic activity, which can profound impact their lives in ways beyond our understanding. Not only their breeding and other survival behaviours may be adversely affected, but also they may be compelled to flee from the forests and become displaced, homeless or even end up as roadkill.

Finally, NParks signboard explicitly states that we are only guests in our vulnerable nature reserve, which should be left undisturbed, so that we and our future generations can continue to enjoy them. Surely it would be a moral and criminal offence for us to do any kind of major construction works in the nature reserve itself, whether in the air above, on land or below the land.